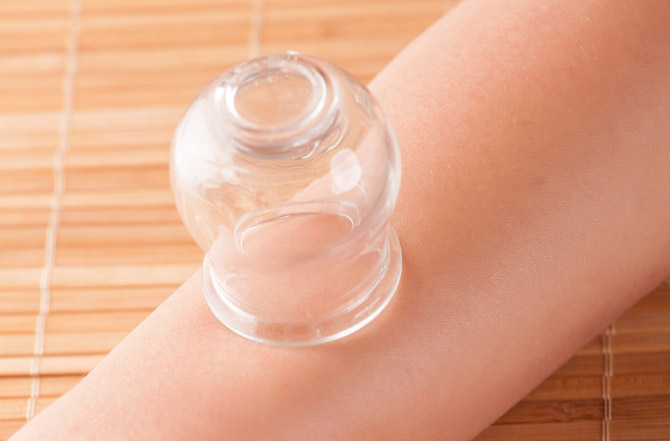 Cupping is a very old therapeutic technique, mentioned in texts as far back as 168 BC. It has been widely used in China and many parts of Europe, Egypt and The Americas. Most recently its use has been seen in photographs of some film stars, and  the Chinese Olympic swimming team!

It is most commonly used on the back and large muscle groups to help release tension so that qi and blood can move freely in congested tissue. The cups can be made of glass, bamboo or plastic. A vacuum is created inside the cup by using a flame to remove the oxygen or a pump to expel the air. When the cup is placed on the skin a seal is created which helps draw congestion to the surface. Afterwards there can be marks left on the skin, which can look like round bruises, but they are not painful and fade in a few days. It is usually combined with traditional acupuncture to treat musculoskeletal pain, tight knotted muscles or the onset of colds and flus.

There are different techniques such as sliding cups, where the back is coated in an oil or lotion, and the cup is moved up and down. Flash cupping is where one or two cups are put on for less than a minute, and then removed and replaced again.

The feeling is very relaxing, and patients report it as a very pleasant and relaxing treatment.